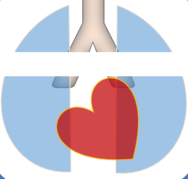 2. Read these two short essays on IVC collapse:  Inspiratory Collapse of the IVC: what is it telling us? &  That Fallible IVC

For more information, consider the following:

Listen to this audio discussion of the IVC

Watch the first 14 minutes of the introduction to chapter 2

1. Discuss/contemplate the determinants of collapse in the context of a generic, distensible tube.  How does this relate to the IVC?  Draw a concept map of the determinants and relate this to the Guyton diagram that you drew in the first module.

2. Create a non-biological analogy of the collapsing IVC.  Try to integrate all of the determinants from question 1 into the analogy.

3. With your partner, create a short pictorial presentation – like a comic strip – of no more than 5 images which explains to a medical student the inspiratory IVC collapse.

4. Explain IVC collapse in each of the following patient encounters: a patient inspiring excessively, a patient with tense ascites, a patient with unrelenting diarrhea, a COPD patient with dynamic hyperinflation, a massively edematous patient with heart failure begun on dobutamine and nitroglycerine infusions.

6. Critique the use of IVC collapse as an indicator of volume status and volume responsiveness.

7. Reconsider the case from part A. and the true or false questions.  Are you more or less likely now to give that patient a fluid challenge?  What further information might you want to know?  Hypothesize what would happen if you were to start that patient on Precedex?  Hypothesize what would happen to her IVC on ultrasound during a triggered breath if you dropped the PEEP level to 5 cm H2O?  How does your concept map/diagram from question 1 help you?

8. With your learning partner, explain to each other how you will use IVC collapse as a diagnostic tool going forward in your training.

9. Find another learning team and share your comic strip; give each other feedback.

Use the Guyton Diagram to explain IVC collapse

Hypothesize how common interventions in the ICU affect the physiology of IVC collapse with specific focus on a patient’s inspiratory effort and the application of PEEP.

You are called to evaluate an intubated patient in the ICU with diminished urine output.  The patient is on volume control with a set tidal volume of 400 mL and set decelerating flow delivery.  She is on a PEEP of 10 cmH2O and is triggering most of her breaths; she appears uncomfortable with suggestion of flow-starvation on the ventilator pressure-time scalar.  She is in sinus tachycardia with a mildly elevated blood pressure.  She has an IJ triple lumen; her CVP shows significant respiratory variation with a mean of 18 mmHg when she is triggering the ventilator and 11 mmHg when she is adapted with the ventilator.  You are able to obtain a trans-hepatic view of her IVC with difficulty and note that when she triggers a breath the IVC collapses readily.

T or F: the patient is hypovolemic
T or F: the patient’s urine output will increase with a fluid challenge
T or F: she has biventricular dysfunction
T or F: reducing the applied PEEP will augment cardiac output
T or F: her intra-abdominal pressure is higher than normal

Reflect on when you have used a collapsing IVC to make a clinical decision.  What question was being asked?  Did you consider a pre-test probability for the question?  How did looking at the IVC change your management?  If a medical student were to ask you on rounds [in front of your team and your attending] why the IVC collapses with inspiration, how would you answer this question?  Describe to yourself the difference between: volume status, volume responsiveness and volume tolerance and try to integrate the notion of inspiratory IVC collapse into each of these concepts.